The TV doesn't tempt me. I can keep it off, because honestly I don't really care about your home improvements, or your cooking, or who's bikini ready, or your stories.
I'm too busy with other things (and partly because there is no TV in the sewing room!)

I used to watch Sex in the City from the beginning. When the show was new and testing to see what and who were going to work. Those were the days of disposable income when  I could pay for cable just to keep watching the show. Young, pre-kids when I had to find things to worried about.

My next show was Fringe. I remember this show starting at 9pm, and my youngest was a couple of months old. Like clockwork, she would wake up at 9:50pm. You know when they recap the whole show, and you find out all the answers? Being she was nursed, I was the only one who could go.
I missed out on a lot of endings that way.

I've been without a show to watch for awhile and that's okay.
When I fold laundry, that's usually my tv time. It takes me longer to choose a program than it does for me to fold the clothes.
Thanks to Netflix, I can catch up on movies I missed (we don't go to the movies anymore).
As I was searching for something to watch, they kept recommending the show, Walking Dead.
Eh, zombie apocalypse, survivor drama. Our best guess for Deb five stars.
Well I watched the first episode. Then the second. Before I knew it I was done with season 1, and watching season 2.
Straight. No folding laundry. No nothing. Just watching.  I tried sewing hexies together, but that took my eyes away from the show too long. There are no commercial breaks on Netflix you know.
It will automatically start another episode for you. You don't even need the remote by you.
Well, when you're kids are asking you for lunch, or snack, or when they're banished to the upstairs because there's a grown-up on and they sneak down for fresh air, you might need the remote by you.
I am in a daze.
I've been binge watching The Walking Dead .
I just finished season 3.
I had to stop myself from starting season 4.
It's too fast. I don't want to burn out.

I also figured out that I can single crochet dish sponges, so I'm not being totally unproductive. 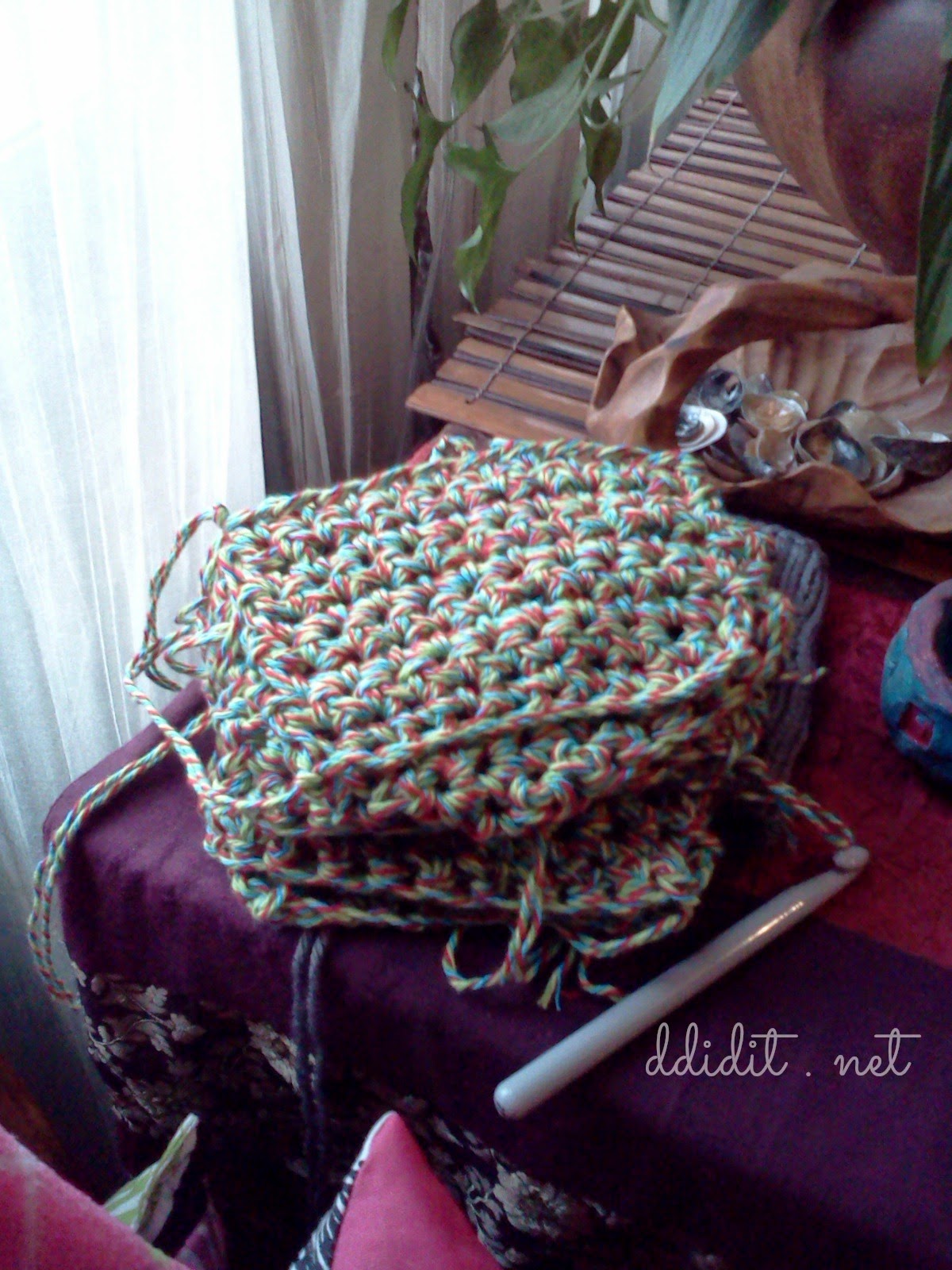 Email ThisBlogThis!Share to TwitterShare to FacebookShare to Pinterest
Labels: nablopomo