I'm still on this silhouette fascination.

I had this urge to do my family's and have a whole wall of profiles!
How cool would that be?
On a Saturday afternoon, because I can't sit still, I have everyone sit in front of a window
so I could photograph them from the side. 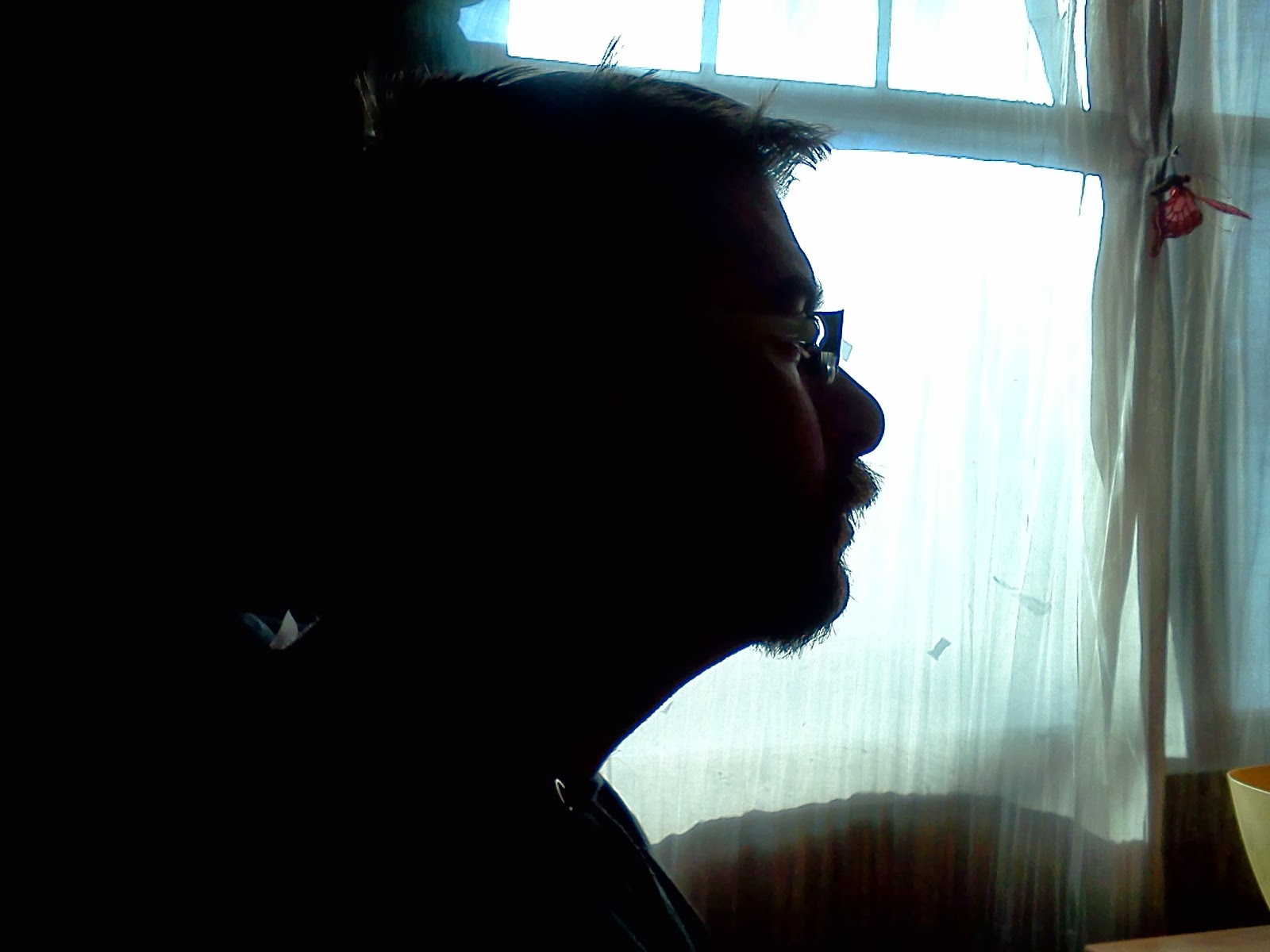 After about 20 minutes of corralling everyone to window, can you believe they
had better things to do, like play video games? Or brew beer outside??

I could of edited the photos with a program and turned up the contrast or highlights,
but itchy fingers, there was no time for that!
I just opened the pics on my computer, we use iphoto.
With regular old loose leaf I traced the outline of everyone's face using the
computer monitor as a light box. 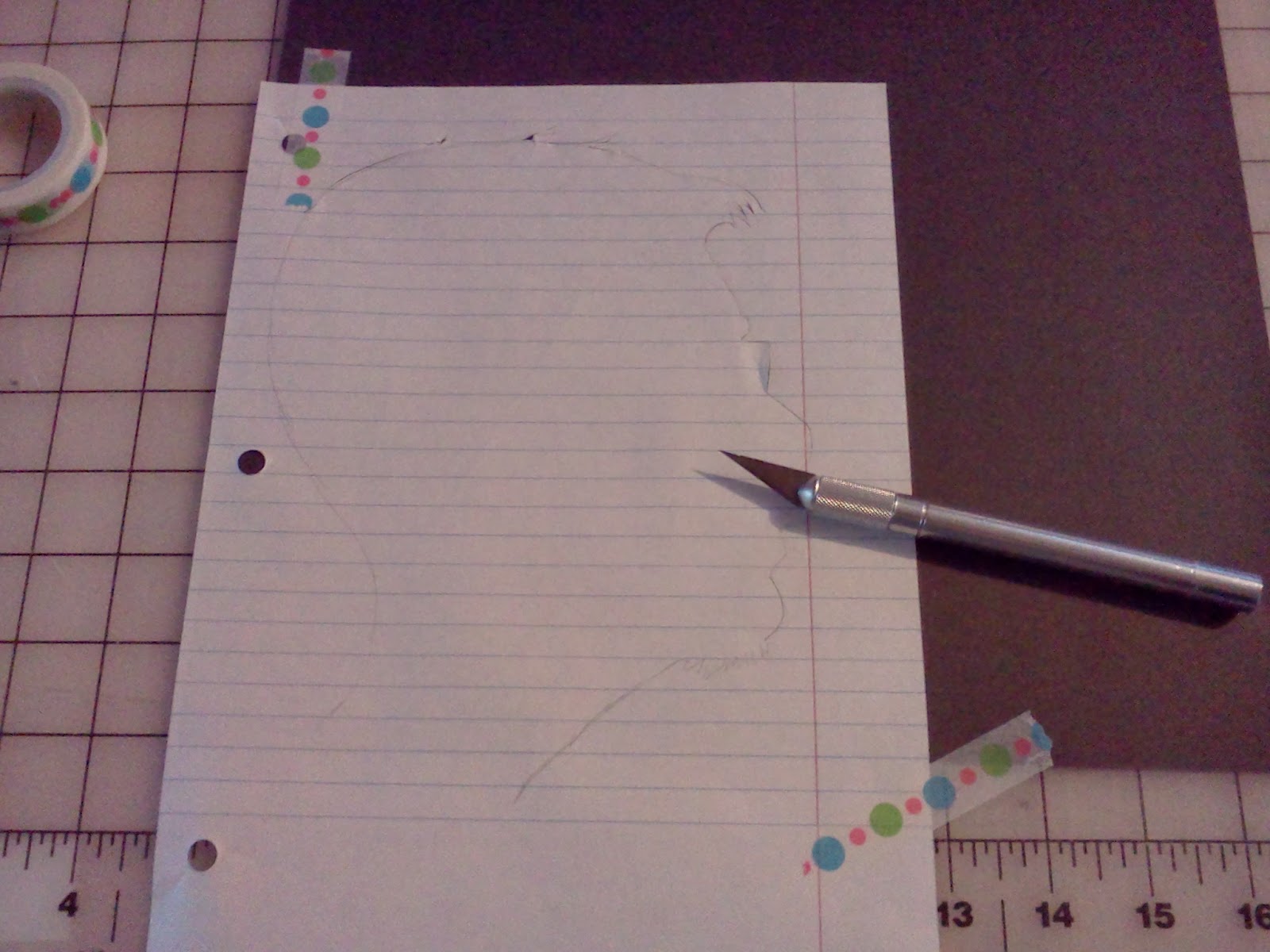 I just traced the profile with an exacto

You could probably get away with using scissors, but I had to break out this really cool exacto knife
set that I never get to use. I've had it...over 20 years! 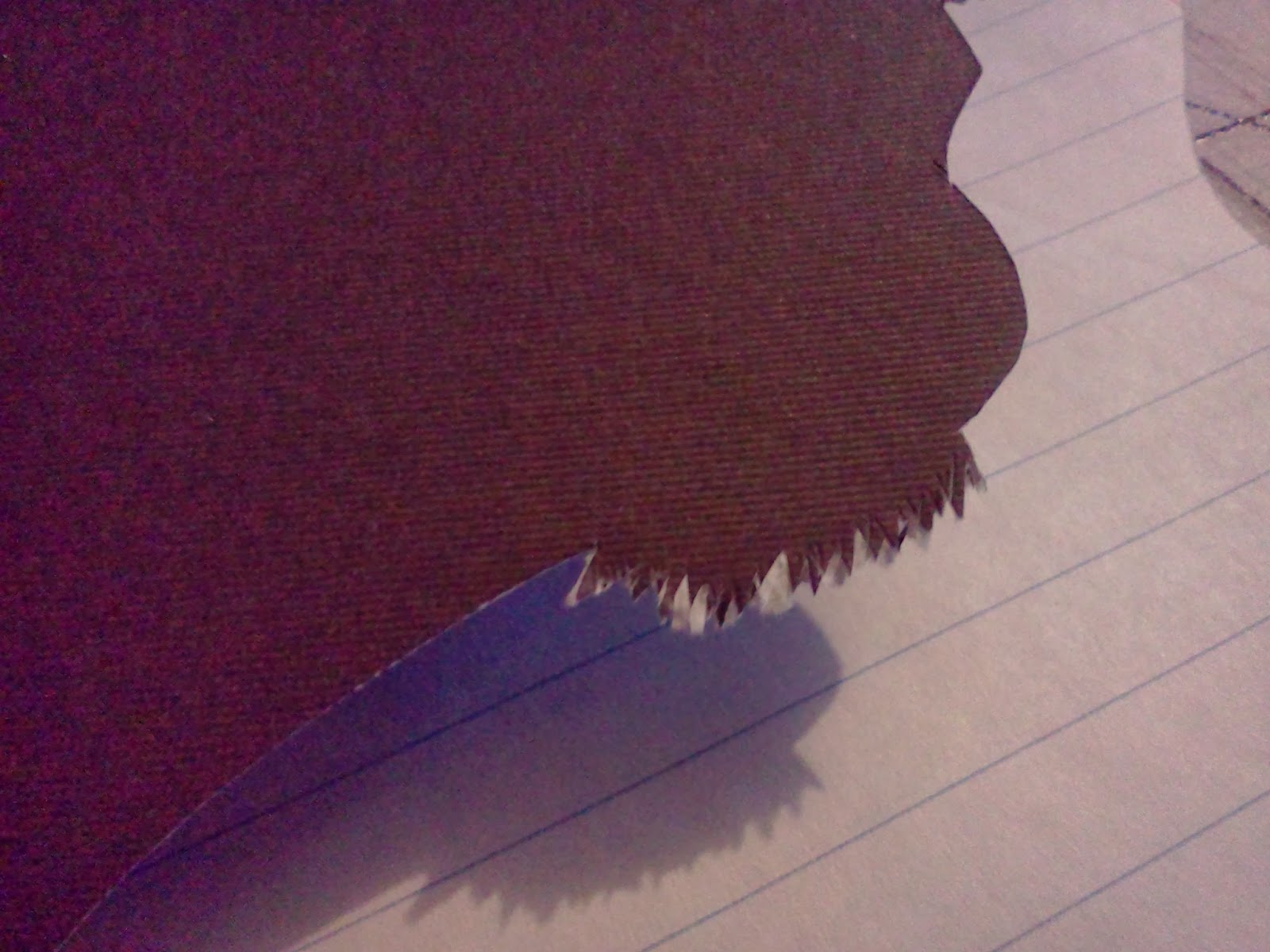 close up of the cross hatching for beard hair

Since I had beard hair to cut out, I used the exacto and just drew tiny X-like slashes.
I wasn't fully prepared for this project and used cheap cardstock. 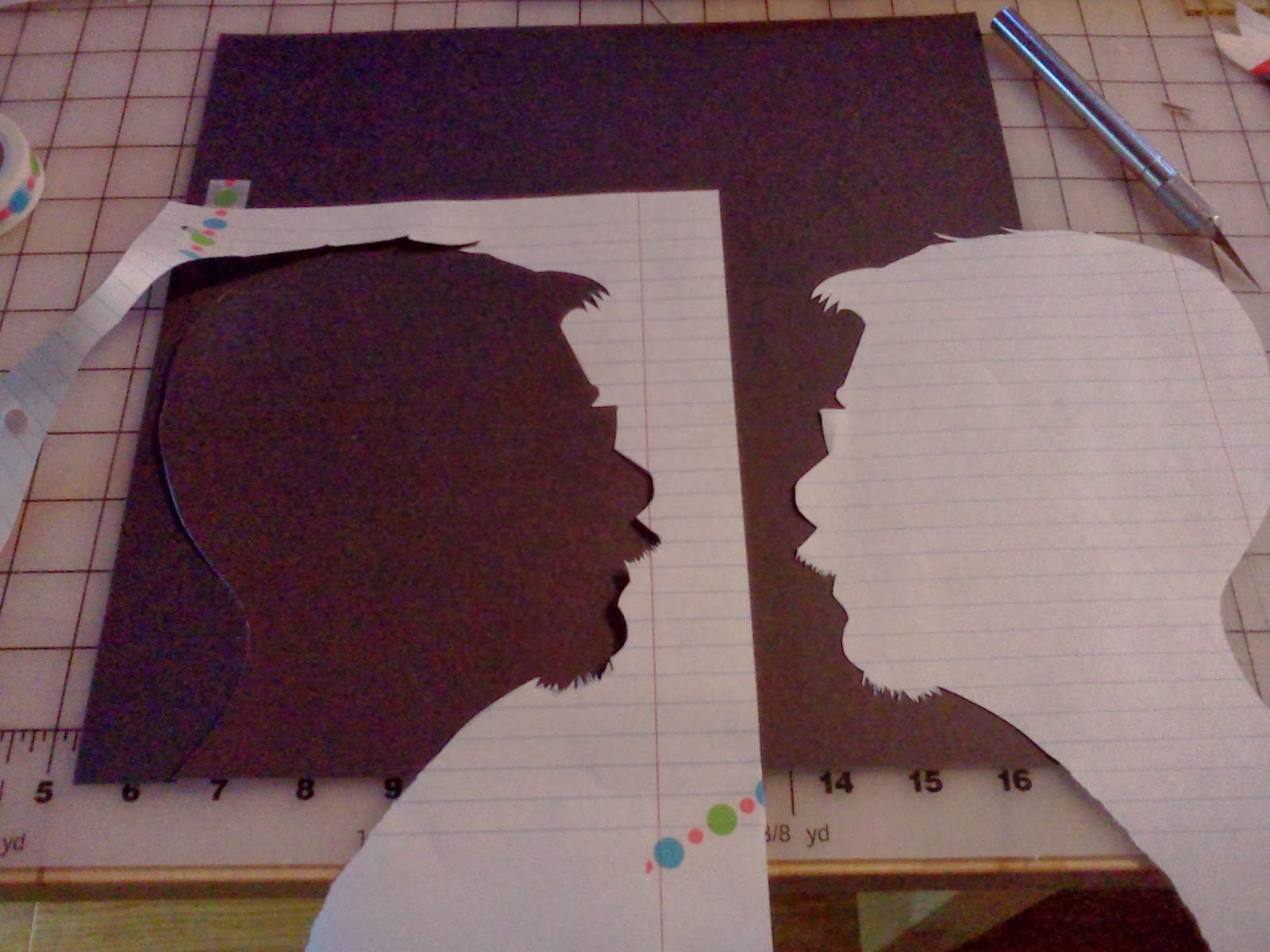 look at the freakishly long neck! its not like that in real life 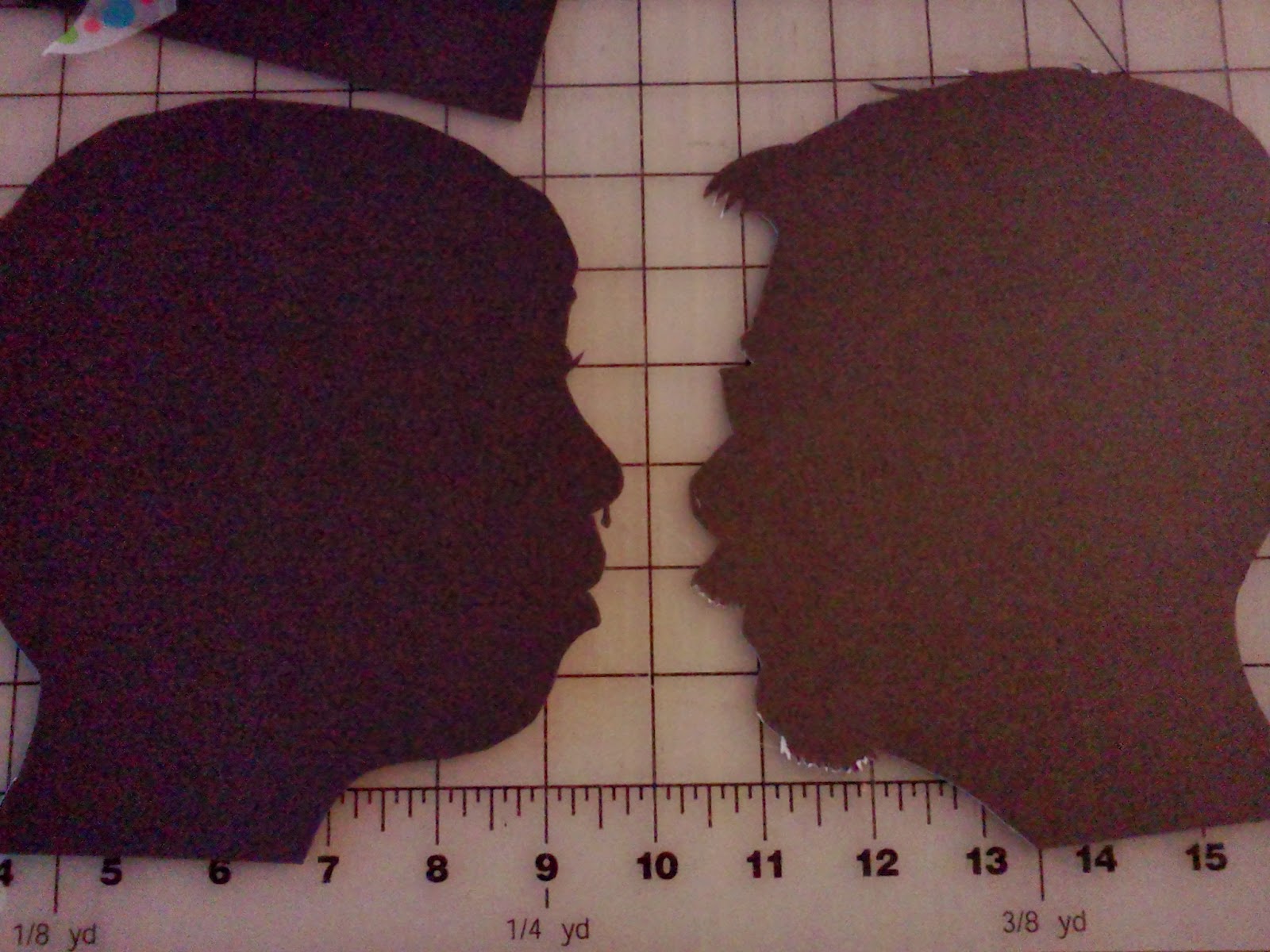 I had some pretty paper, I think it was part of a Valentine Day theme pack.
I used that as a background. Framed them in a simple black frame from IKEA.

I noticed that I probably should of "ended" everyone's neck as if we were wearing a collared
shirt, and I should of paid more attention to the scale of the photos.
Otherwise, I think they make a lovely addition to our living room. 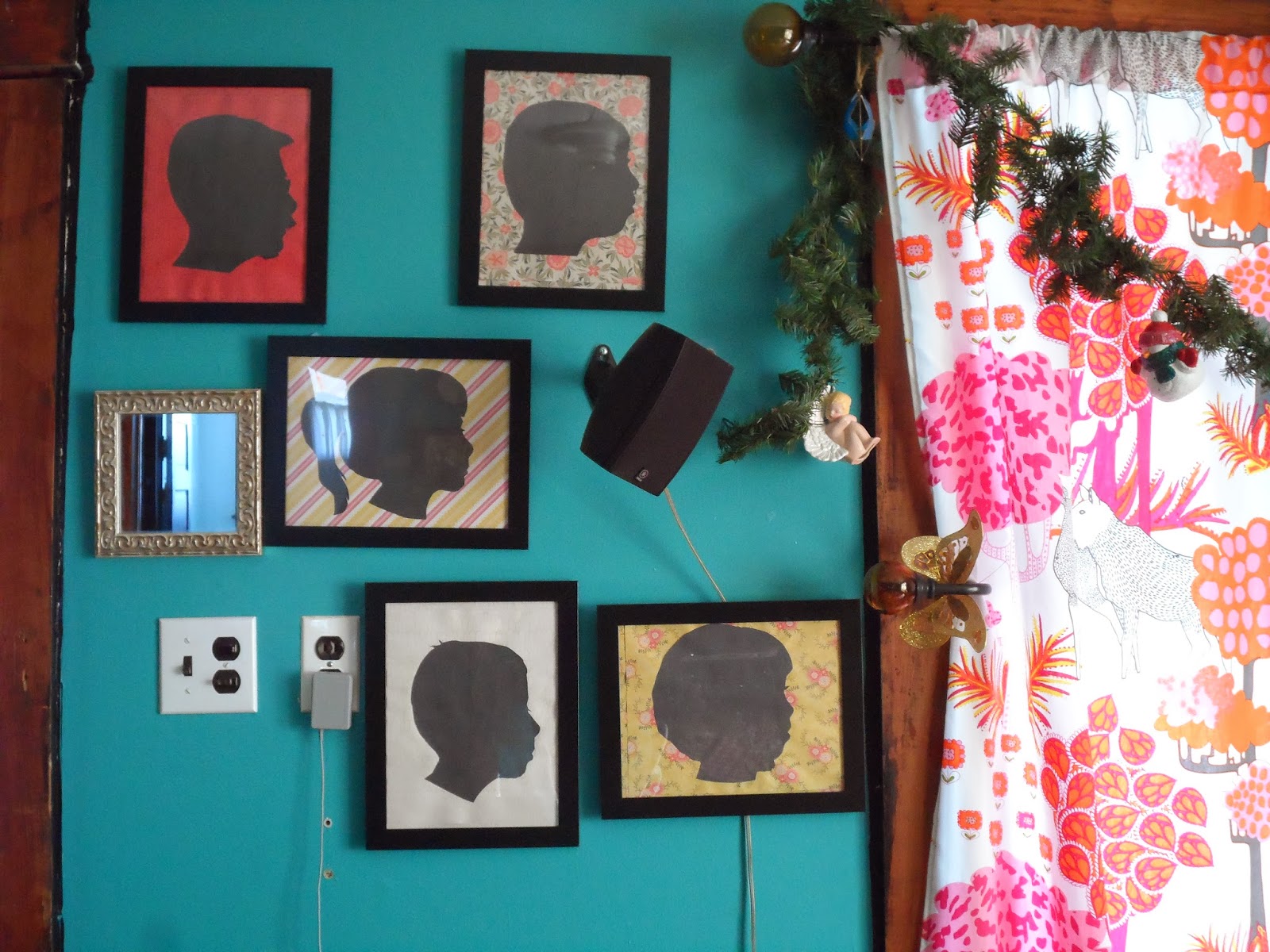 I think it's really cool that you can recognize someone from just a plain silhouette!