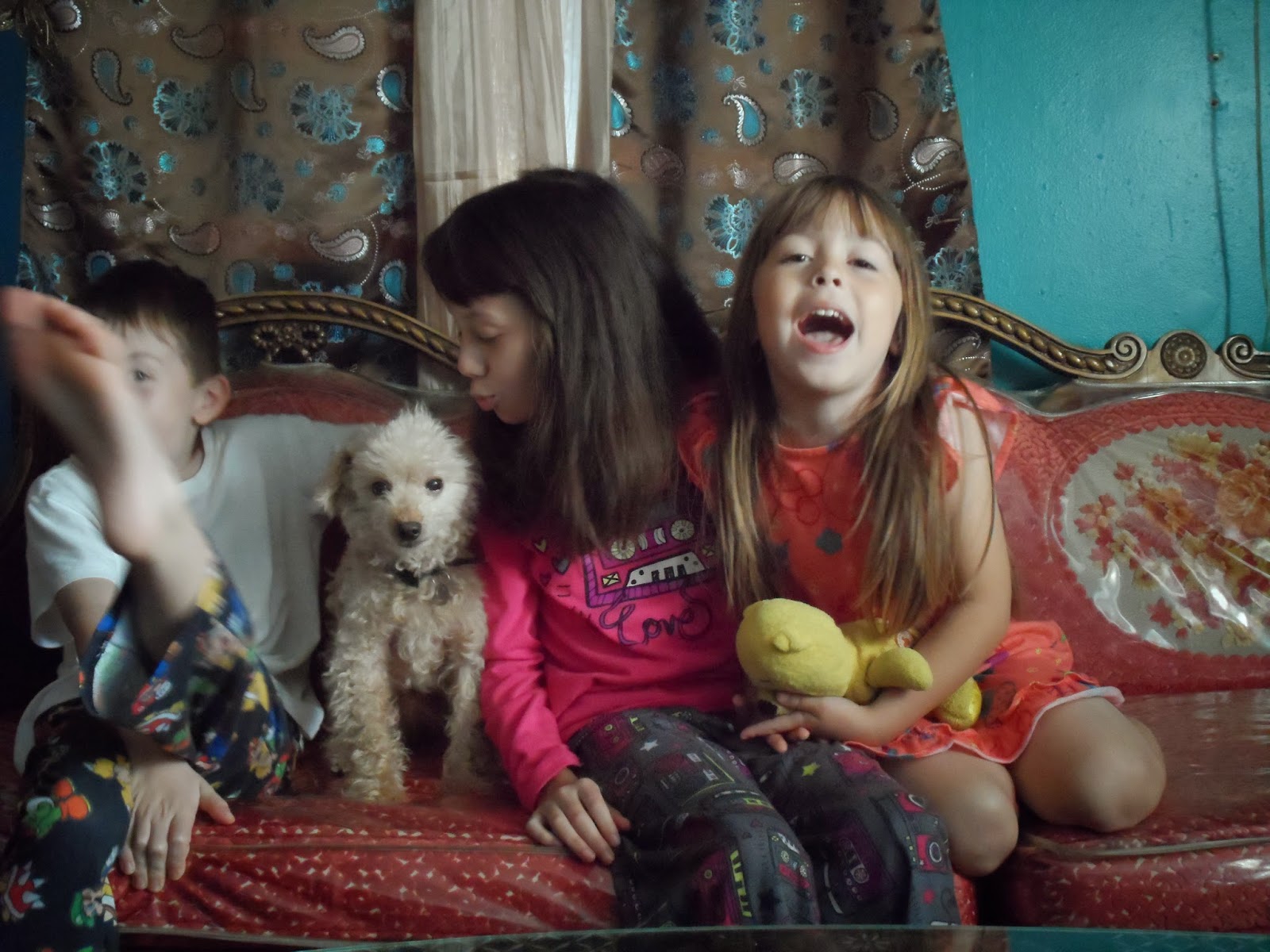 The other day while the kids were just being their excited selves, running around and teasing each other, I'm pretty sure I overheard the 6 year old say,
"Stop being a facist."
I guess we watch too much History channel?

It reminded me of when one of them was in preschool, probably around 3 or 4 years old, and they would watch Sponge Bob (which I thought that was a "fresh" speaking show for them, but once you have an older sibling, sometimes certain rules go out the window)
I guess there is an episode where someone says something along the lines of  "ship-paste". Whatever. No biggie until the 3 year old says it in all the wrong contexts, and anytime there is a gap in conversation.  Ship-paste when said by a 3 year old who didn't have the best annunciation, sounds very much like "shit-faced".
So yea, listen teacher, I know what you think they're saying, but they're not. I don't even drink!

What are your funny stories about hearing things the wrong way?

Email ThisBlogThis!Share to TwitterShare to FacebookShare to Pinterest
Labels: nablopomo